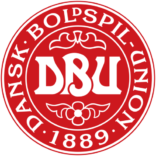 Denmark Vs France in The UEFA Nations League

Denmark will face France in Parken stadium in Copenhagen, Denmark, on September 25, 2022, at 18:45 GMT. The game is part of UEFA Nations League, League A, Group 1.

Denmark now leads the way, with France in fourth place.

The Sport-fanatico rating system assigned a rating to each squad based on a variety of data components.

Team Denmark, which won their previous match 2-0 against Austria, will be hoping for a repeat performance.

After losing to Croatia in Nations League play last time out, France and its fans will be hoping for a better outcome this time.

France had 54% possession and 17 shots on goal, with 4 on target in that game. Croatia had four shots on goal, three of which were on target. Croatia’s goal came from Luka Modric (5′).

– Denmark has won three of the past ten matches, with one tie, while France has won six. France has a goal differential of 14-8.

– France has previously won seven of ten games against Denmark.

– Denmark won their last meeting by one goal.

According to the betting odds for the match on (YYY SPORT), betting on Denmark is 3.55, betting on the draw is 3.25, and betting on France winning is 2.05. These are the finest returns available right now.

Here, we believe that Denmark may find it difficult to get through France’s defense, which we believe should allow at least one goal.

As a result, we’re witnessing a hard-fought fight, with France winning 0-1 at the end of this game.

Based on all statistics and the most recent match information, we recommend betting Under 2.5 Goals at 1.69 odds. Because it offers the greatest odds, YYYsport is the best bookmaker for this sort of wager.