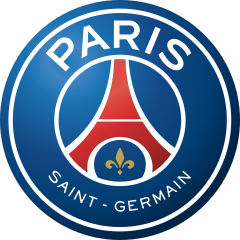 Toulouse will face Paris Saint-Germain on August 31, 2022 at 19:00 GMT at the Stadium de Toulouse in Toulouse, France. The game is part of the Ligue 1.

The last league meeting between these two teams was a Ligue 1 match in which Paris Saint-Germain defeated Toulouse 4-0.

The Sport-fanatico rating system assigns a rating to each squad based on a range of data components.

Team Toulouse will participate in this match after a 2-2 draw in Ligue 1 against FC Lorient.

Toulouse had 52% possession and 16 shots on goal, with 8 of them on target in the encounter. Rafael Rato (31′) and Thijs Dallinga (64′) scored for Toulouse. Lorient had 14 shots on goal, four of which were on target. FC Lorient scored through Armand Laurienté (2′) and Ibrahima Koné (80′).

PSG enters the match on the back of a 1-7 Ligue 1 victory over Lille in their previous outing.

The most recent league meeting between these two teams occurred in Ligue 1 match day 3 on August 25, 2019, when Paris Saint-Germain defeated Toulouse 4-0.

According to the odds on (YYY SPORT), Toulouse can be supported for 13.00, a draw can be backed for 8.5, and a win for Paris Saint-Germain can be backed for 1.23. These are the greatest deals available right now.

We believe that Paris Saint-Germain can dominate on the ball and be rewarded with solid chances.

At the same time, Toulouse may struggle to find success in front of goal, however we believe they will end up scoring at least once here.

We’re predicting a 1-4 victory for Paris Saint-Germain at the end of 90 minutes.

Based on all statistics and the most recent match data, we propose betting on More 2.5 Goals at 1.5 odds. With the best odds, YYYsport is the best bookmaker for this type of wager.