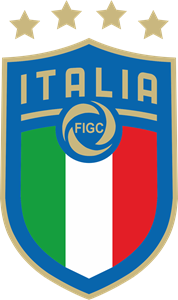 Italy Vs England in The UEFA Nations League

Italy will face England at San Siro/Giuseppe Meazza stadium in Milan, Italy, on September 23, 2022, at 18:45 GMT. The game is part of UEFA Nations League, League A, Group 3.

Italy is now third, while England in fourth place.

The Sport-fanatico rating system assigned a rating to each team based on a variety of data components.

Team Italy will be hoping to improve on their 5-2 Nations League defeat to Germany last time around.

Team England and its travelling fans will be hoping for a better outcome here after losing their previous encounter against Hungary in Nations League play.

– Team Italy has won three of the past nine matches, there have been five draws, and England has won once. Italy leads with a 9-7 goal differential.

– 1-1 is the most common result of meetings between Italy and England. This is the outcome of three matches.

According to the current betting odds on (YYY SPORT), a win for Italy is best placed at 2.88, a bet on a draw is 3.29, and picking England to win is 2.65. Those are the finest market pricing available at the moment.

We believe England and Italy will both score in what seems to be a good matchup.

As a result, we predict a close game with a score of 1-1 after 90 minutes.

Based on all statistics and the most recent match data, we predict that both teams will score with a 1.91 probability. Because it offers the greatest odds, YYYsport is the best bookmaker for this sort of wager.